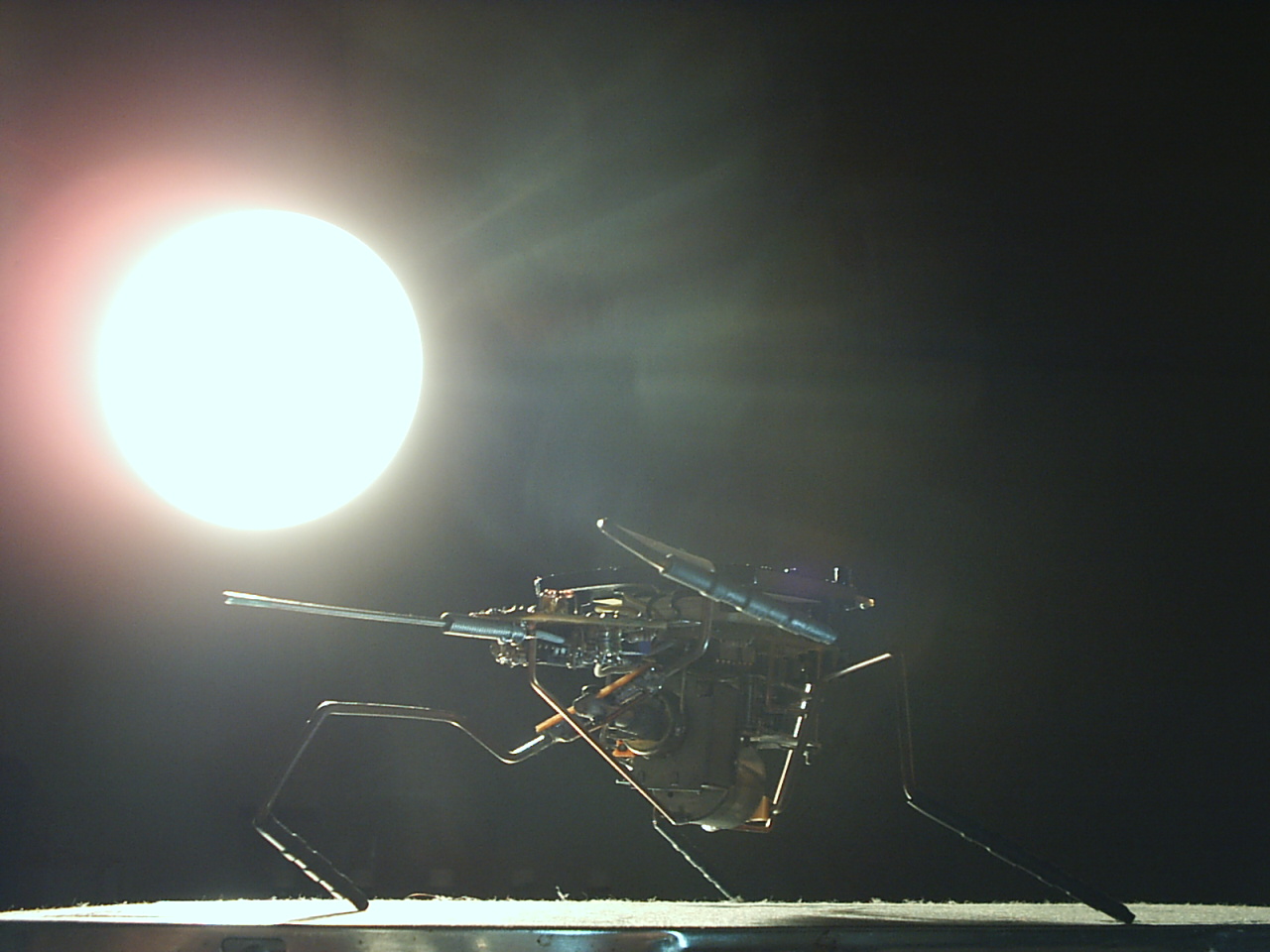 Yes, welcome to another page of my latest bot, named Moon-Walker. This bot is now modified a bit, using a solar panel and an add-on circuitry that I salvaged from a brand new "solar garden light". The solar garden light is just a simple lamp that charges all day and lights up at night or when its sensor (LDR) sees no light. This thing consists of a solar panel, 2 white-bright LED's (as the light), 2 pcs of 1.2 volts (2.4 v total) Ni-Cd batteries and a very small circuit board. This is how it works... When this thing is switched ON and you place this under the sun or in a desk lamp, the light (LED lamp ) will not glow, because beside the solar panel, there's an LDR (Light Dependent Resistor) to detect the presence of light above it. This way, the 2 Ni-Cd battereis are charging and the LED lights are OFF until it's dark or night. When dark falls, the LED lamp will now glow bright and it's still ON until the batterries are discharge. Then the process repeats...

I did modify this bot so that it will survive eventhough you leave it in a protected area. Moon-Walker is now a "nocturnal" bot, sleeping all day (charging) and active at night. I've tested and made this bot phototropic a while ago but a 2-motor walker is a little bit hard to make it turn towards the light source easily. So I decided to leave it as it is. I've also planned to add a simple pummer, so that when this bot walks in the dark, it gives a warning to someone, so people would notice and won't step on it. These things maybe added later on. So let's go now to the pics section.......

This is how it operates... During daytime, this bot is OFF (like sleeping), especially when the LDR sees any light source, charging its batteries. So in night-time or in darker areas, this bot is active, roaming around, reversing when the tactile is hit and so on. But when the battery is low, it will definitely stop. Unless if it's phototropic (if it's in a dark area), it will search the bightest source of light and goes towards it and stops there on the spot, knowing if he could recharge his batteries there.

Yeah I know, "nocturnal" means active at night and avoids light. But this bot is only using a "dark-activated switch" so that, in daytime, it can charge its batteries and not moving. And if it is night-time, it walks (the relay switches ON)... as long as it has enough power. But when it sees a light source (if it's phototropic), it will try to go there... this time it uses its "photropic behavior", and charge there if possible. If the light source is not enough for battery charging, the bot is just in OFF mode, conserving power.

Note: I've added a 5-volt relay switch to the small circuit board so that, when the bot is under the light source or sun, the relay is in OFF mode (NC or normally closed), and when the dark falls, not illuminating the LDR sensor, the relay switches (ON mode), thus... making the bot's circuitry active and starts to walk. It's like a bot with built-in "dark activated switch".

I've changed the old tactile sensor and I came up with this simple, effective and commonly used tactile switch:

Here are the pics I've taken, showing the solar garden light and its disassembly. All I need is the solar panel to test its voltage and current under the 100 watt light bulb and the sun. And here are the results I came up with...

That's all for now folks! More to come eventually... 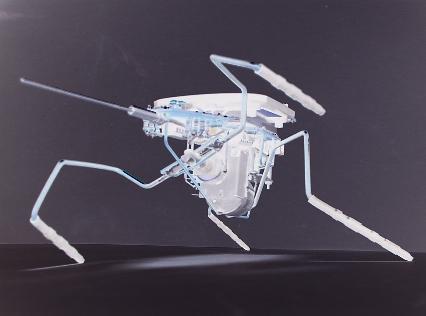