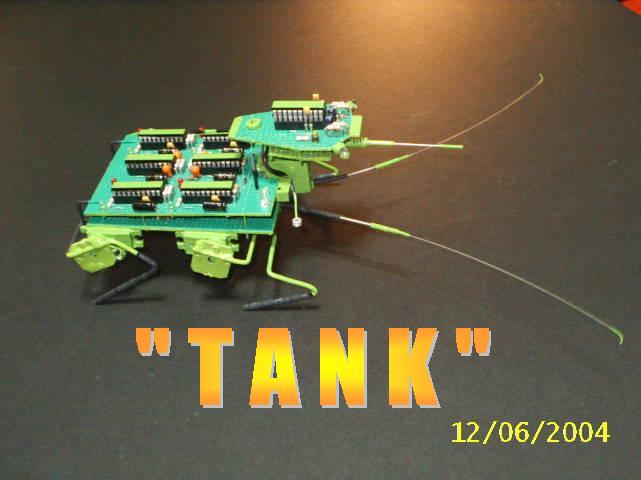 This is Tank, a 5-motor walker (including its head), that seeks out a bright light and goes towards it. This robot was inspired by many things, like the Scoutwalker 2.2, Mark Tilden's Unibug 2.0, Strider and many other bugs combined. Some says, it looks like a grasshopper or a praying mantis. But I came up with this figure, that looks like a little bit of an army tank (with legs). So, that's why I named this creature, "Tank".

Tank has 5 tactile sensors for obstacle avoidance. It's eyes are 2 phototransistors and was angled at about 30 degrees. Tank also uses 5 micro servos for the legs and the head, that makes it much smaller than the Scoutwalker II. One of its tactile sensors are used as a "panic switch" (which I call it), which makes it back-up for a few seconds (it backs-up and turn sometimes) when it is stuck in a critical condition, like in a leg of a chair or a table.

The whole circuit was carefully designed and made, using a universal board with solder-ringed holes. All the wirings and jumpers are underneath the board, so the top is perfectly clean and neat looking. You'll notice that, it has 2 boards for the body. One is for mounting the servos (legs), batteries, charging socket, LED charging indicator, power switch, tactile sensor and head mounting. The other board is (obviously) the circuit board.

By the way, I would like to thank Mr. Ray Diaz for helping me out, when I needed some 2nd opinions for "Tank". Thanks dude! ;-) 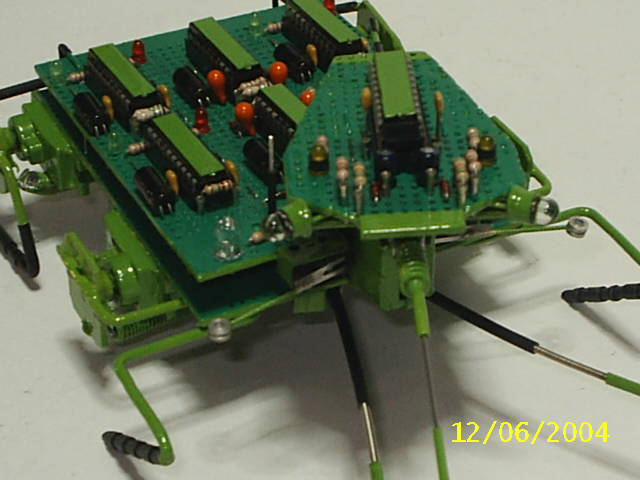 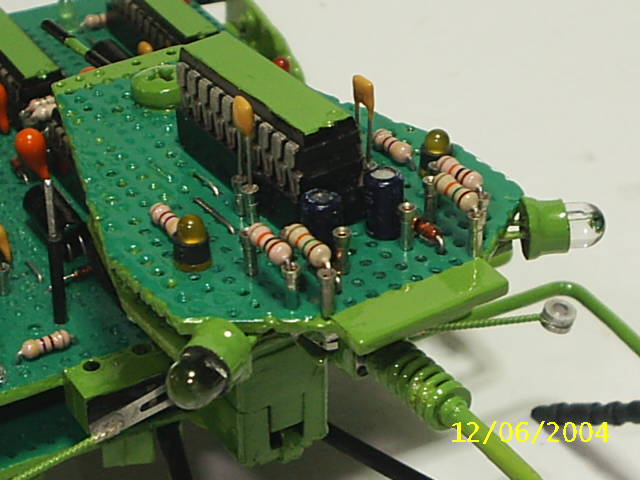 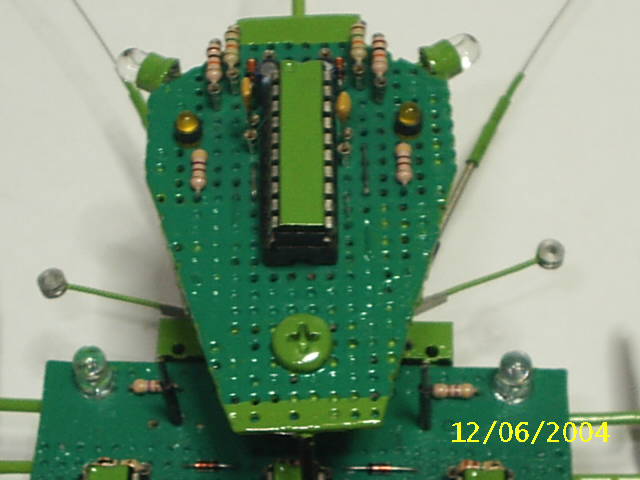 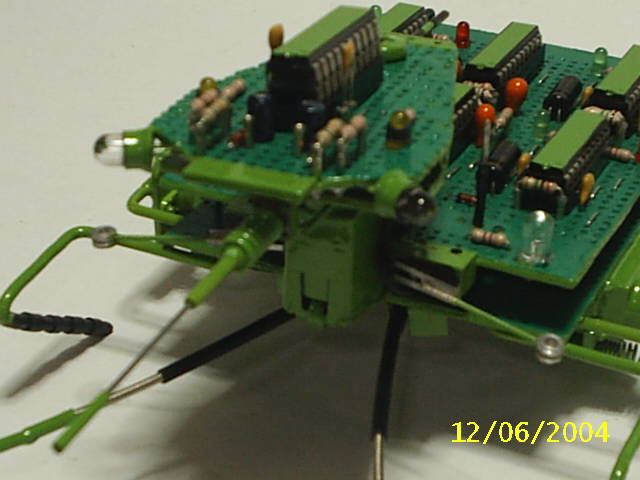 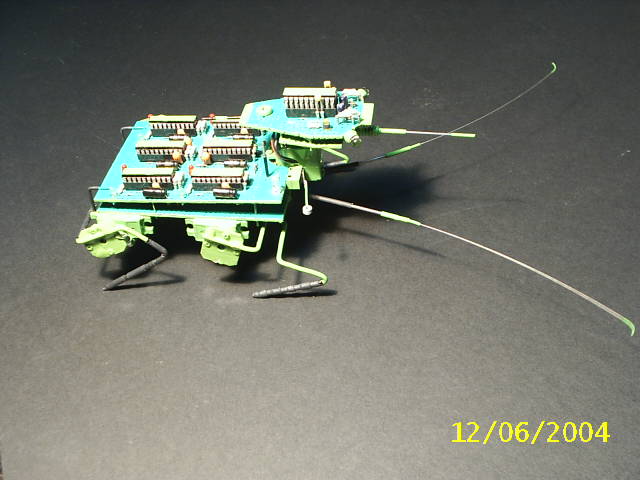 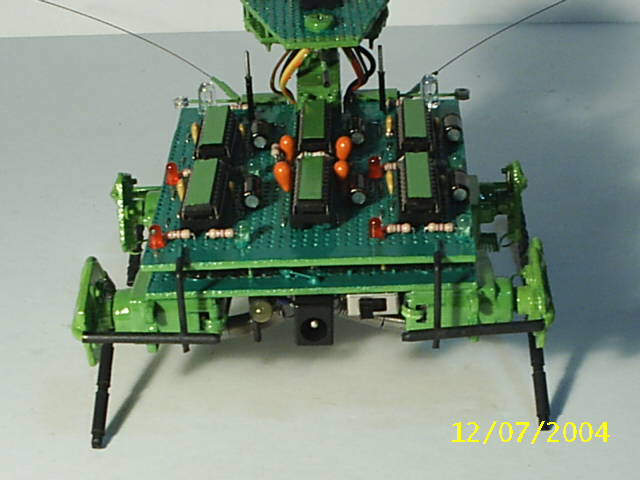 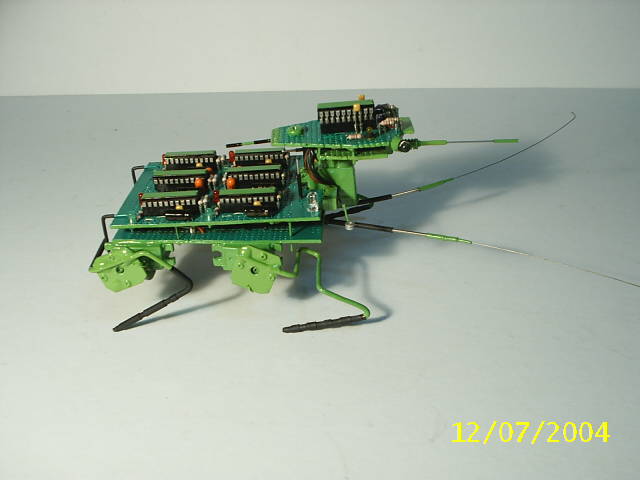 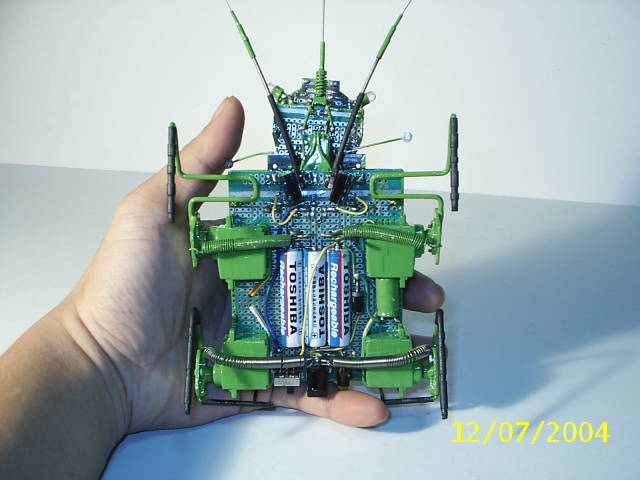 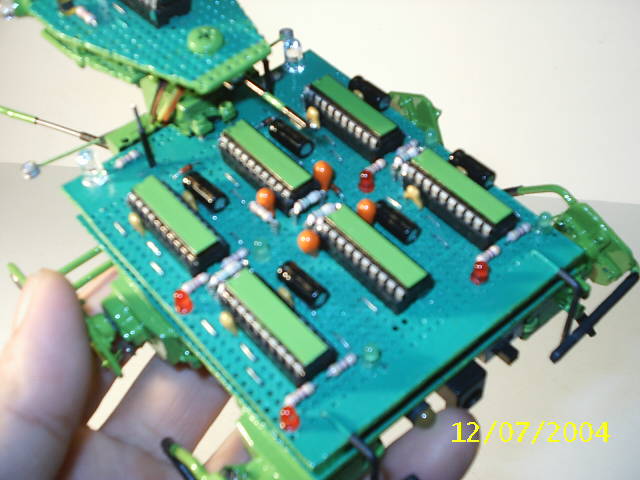 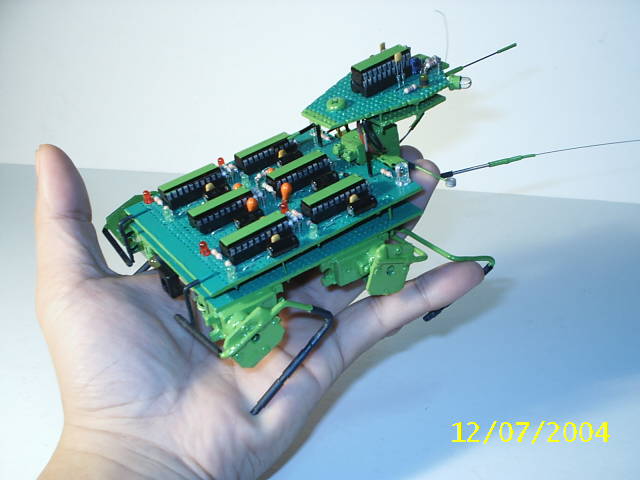 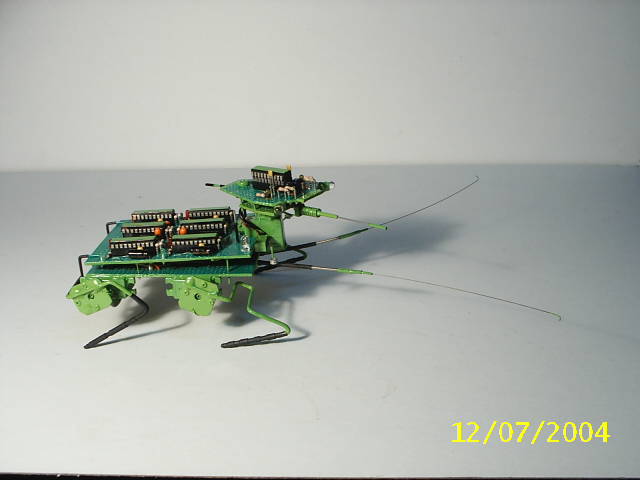 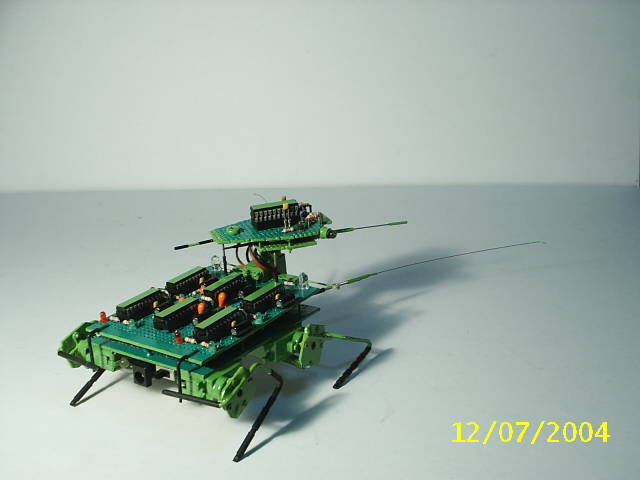 Tank bumped its head on the leg of a table and escapes. 4.02MB

Tank turns toward the flashlight. 2.12MB

New! Tank walked straight to the wall and turned in a few strokes. 5.85MB